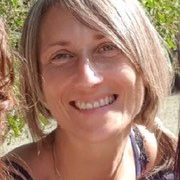 Having had a number of different partner relationship experiences – some healthy and some not so healthy… there has been a lot of inner work and soul searching done with the deeper parts of me, to really break down some seriously limiting core beliefs I had been conditioned to – mostly from my younger years – that I had continued to unconsciously operate from. Which led to life situations and people coming into my life that caused me stress and inner angst.

There were so so many layers to work through with my inner pain and unworthiness when it came to relationships.

But, bit by bit – with a lot of trust, and devotion to a bigger picture, well beyond The drama of the Ego – and a kind of blind faith in the infinite power of the universe, and that it has my back… no matter what happens – these big old heavy blocks began to break down in me.
Big self realizations began to move through me deeply, around my old stuck heavy behaviours and reactions.

And slowly as I began to take more responsibility for my choices and my inner unresolved stuff – the more space there was inside of me to take up more healthier beliefs around who I was in relationships and what I felt I deserved in a relationship (and also life!)

With a lot of help from quite a few brilliant Soul focused Psychotherapists over a period of time…
Not only did I begin to find myself again… my true authentic self…
But, I began to love myself and believe in myself again… and through that journey of deep self discovery – I have now attracted in the most beautiful life experiences as well as truly beautiful people to go with them!
Every day – this is now the standard I live from.
I now feel like I am loving from a truth that aligns with my more of my authentic self – one of love, compassion, self worth, power and freedom. And this grows and shifts every day which feels amazing!

I know and understand I have a long way to go – there will always be challenges and growth to be had – as long as we are breathing there is always that!

But in the journey, I have so many good people and therapists to thank for this beautiful part of me emerging onto the world now!
And I can’t endorse Soul Focused Psychotherapy enough! If you are looking for deep and lasting change in your life – as in change that helps you transcend old past destructive core patterns and behaviors – to move into true inner freedom and happiness, like every day! Then give this therapy a real go!

I’ll leave you with this little gem – around relationship – It’s something I have felt deeply in my heart as a growing faith, that this is out there for all of us…

“Search for someone who challenges you to be better every day, while still loving you right now, unconditionally, for the mess that you are.
Search for someone who doesn’t try to fix your problems, but every moment, acts as the most supportive, encouraging, honest, and comforting sounding board you’ve ever known.

We like to think that love comes first and everything else falls into place, but that’s actually the opposite of the truth. By sustaining a relationship with trust, commitment, true intimacy and soul respect, and a sense of givingness beyond any giving – love will emerge naturally. In the end, love is a byproduct of succeeding in every other aspect of a relationship. Don’t chase love, let it come naturally”

Looking for a way to live from an inner freedom and contentment that you have never felt before ?

Did you know that your body can be tuned like a piano? In order to maintain optimal wellness, you need to ensure that we have physical balance. Tuning forks are a great way for you to alter our body’s biochemistry, bringing your nervous system, muscle tone, and organs into harmonic balance. Tuning forks have the power to facilitate the space for you to enter a deep state of relaxation. Once there, you’ll begin to feel at peace.

Most people who use tuning forks for therapeutic purposes are following sound balancing principles.

The idea is to use the frequencies of the forks to detect and correct any imbalances occurring within the body and auric field.

This theory states that the human biofield extends about five feet beyond both sides of the body and three feet above the head and below the feet. Shaped like a torus, our biofield holds our memories as energy. Much like how our brain is compartmentalized with certain areas responsible for certain activities, the biofield has sections related to specific emotions, relationships, and states of mind. The biofield also contains the blueprint for our physical body. This means that traumatic experiences can manifest as physical, mental, and emotional disease if certain imbalances are left unresolved inside of us.

How tuning forks are used:

Tuning forks are struck and then waved through the auric field, and much like sonar, their changing overtones reflect the changes within our biofield. This means that any energy blockages and distortions of our energetic field show up as dissonance. When the dissonance is heard, it clues both the practitioner and the client into what needs to be worked on.

What tuning forks can help with

If you’ve been feeling particularly stressed or suffer from one of the conditions above, consider paying a visit to me – who can utilize tuning forks for the benefit of your highest health and well-being. Tuning forks can help you enter states of deep relaxation within seconds, reduce stress, increase blood flow, enhance our immune response, and allow you to transcend to higher levels of consciousness. After all, isn’t that what were all here to do?

‘NO’ meaning Nitric Oxide! (No not the laughing gas kind – which is nitrous oxide!)

My passion for sound and the healing nature of it, continues to drive me to find out so much more fantastic and mind blowing information on the profound positive effects pure vibration can have on your body and soul on so many levels!

I use tuning forks on my therapy sessions regularly and consistently read deeply about them to gain more knowledge and know how on the profound healing nature and therapeutic benefits they have on the body on a cellular and energetic level. This book which is one of my faves –

Free your Voice by Silvia Nakkach has prompted me to share with you some ground breaking information about a brilliant little molecule called Nitric Oxide!

In my readings of this book, Studies by Dr John Beaulieu, an expert in this field, have shown that the use of tuning forks on the body or applied to the body readily spikes the production of Nitric Oxide. (NO)

NO is known as a tiny molecule that is fundamental to all life and essential for healthy function of vital organs. (Beaulieu also suggests that chanting has a similar effect.)

Scientists who have investigated this molecule found that when the body is under stress, NO production diminishes and this kicks in the sympathetic nervous response, which is associated with lack of energy, joint pain, decreased sexual drive, depression, headaches, anxiety, muscular tension, and digestive disorders.

NO has whats called a ‘puffing cycle’ that is closely linked with the autonomic nervous system.

According to Beaulieu, during the rising puffing phase, NO is released which signals the body to move into the parasympathetic nervous responses – cells relax and move further apart and become rounder, and we begin to feel calmer and more relaxed in this phase, this parasympathetic response allows for better digestion, less muscular tension, less anxiety etc. And during the falling puffing phase, NO dissipates and signals the the body to move into sympathetic nervous mode, which causes the cells to move closer together, thicken their walls and become skinnier. ( like the fight or flight mode)

This puffing cycle allows NO to do its job of destroying bacteria, viruses and free radicals. This puffing cycle is a beneficial when in balance. But when it is out of balance, then this is where problems may begin to occur within our body or our emotional and mental health.

When NO production  is stimulated begins to create some amazing positive psychological benefits such as:

Not only tuning forks have this positive effect on your systems. But other vibrational instruments and music can deeply influence your state of being. Most significantly- the human voice.

Further Studies have shown that increased NO production can come from inhaling deeply through the nose and ad to increased levels of oxidisation in the blood. And that humming can increase the nasal NO levels by up to 20 fold! (This one excites me!!) We can actually play a significant role in healing ourselves through sound with the most effective sound healing instrument ever – your Voice!

When you surround yourself with pure sound vibration or uplifting music, you are giving yourself a greater chance of increasing NO levels within you and allowing your body and mind to experience the benefits of a deeper sense of wellbeing through healthier nervous responses created by these higher sound vibrations.

So say YES to more NO in your life!! 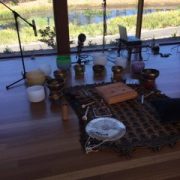 Optimal health occurs when we are vibrating in harmony with our inherent frequency. Sound healing is the vehicle to facilitate this state of being. — Tiz Robinson

Tiz will be offering a beautiful sound healing session at the stunning Bancoora In — 291 Breamlea Rd, Connewarre — on Saturday 22 September at 3:00pm–5:00pm and Tuesday 25 September at 7:30pm–9:30pm — which coincides with the release of her new album Sounds of Freedom.

Tiz will also being facilitating yet another beautiful sound shower during shavasana at We Are One But We Are Many — Yoga For Drought Relief in Torquay on Saturday 29 September at 9:00am–10:15am. Booking link in blog post and at Eventbrite.

Cost $20. And ALL proceeds will be donated to Aussie Helpers — a charity set up to help farmers and their families in times of distress. Thank you SO much, Tiz x